Appointments for Aesthetic and medical services remain open for booking from 22nd July to 18th August 2021 inclusive. Do note that strict safety measures will be enforced throughout this period.

Our Nose Thread Lift treatment is an effective and non-invasive method to help you achieve that higher nose bridge and more projected nose tip you desire. Using the latest technology, our doctors utilize safe and advanced equipment, ensuring you have a pleasant and satisfying experience.

Our Nose Thread Lift treatment is an effective and non-invasive method to help you achieve that higher nose bridge and more projected nose tip you desire. Using the latest technology, our doctors utilize safe and advanced equipment, ensuring you have a pleasant and satisfying experience.

What is a Non-Surgical Hiko Nose Thread Lift?

A nose thread lift is a non-surgical method that helps you achieve the higher, straighter and more defined nose bridge you desire. This procedure is called the Hiko nose thread lift, which originates from Korea. ‘Hi’ in Hiko refers to ‘high’ and ‘ko’ refers to ‘nose’ in Korean.

The procedure uses absorbable threads made of polydioxanone (PDO) that are 100% bio-compatible with the human body. As the PDO threads dissolve, these ultra-fine biodegradable threads create new tissue fibroblasts and collagen, giving a tightening effect and further enhances the nose contour.

It offers a safe, effective and non-invasive alternative to traditional nose augmentation procedures like rhinoplasty. It is perfect for patients who want to achieve their desired nose bridge and nose tip without going for a nose surgery and all the procedures that come with it — the anaesthesia, incisions, scarring and aftercare. It requires minimal downtime as well.

What is the Nose Thread Lift Procedure in Singapore like?

The procedure uses absorbable threads made of polydioxanone (PDO) to lift the nose. These PDO threads have been used in surgical applications for many years and are completely safe and 100% bio-compatible with the human body.

First, the polydioxanone (PDO) threads physically lift and tighten the nose, achieving immediate results of a higher and straighter nose. As the PDO threads dissolve, these ultra-fine biodegradable threads create new tissue fibroblasts and stimulate collagen production. This gives a tightening effect and further enhances the nose contour. Since the nose threads stimulate natural collagen production, the results of the procedure are long-term, even after the nose threads used have completely dissolved.

The embedded threads used will completely dissolve 6 to 8 months after the nose thread lift treatment. However, the nose will stay in its lifted position for another 8 to 12 months.

What should I expect during the Nose Thread Lift Procedure in Singapore?

You may feel some pressure and tugging around the nose area during the procedure but most patients find the experience comfortable and tolerable. The procedure is painless because of the anaesthesia and is over in under 10 minutes.

What would I be able to see after the Nose Thread Lift?

The Hiko nose thread lift procedure is an effective treatment which brings optimal results by enhancing nose tip projection. This gives you a higher, straighter and more defined nose bridge without requiring surgery.

Generally, patients will observe these results on their nose appearance:

The non-surgical Hiko nose thread lift is a non-invasive aesthetic treatment with minimal downtime that helps you achieve a higher nose bridge and sharper facial features in just 10 minutes.

Many Asians have noses that are lacking height and projection. Non-surgical nose thread lift treatment addresses this, helping you achieve your desired nose shape.

Fusion Medical was set up in the year 2015. Our founders, being passionate about offering one-stop quality healthcare services at affordable rates, decided to set up the first Executive Medical Centre in One-North. This centre is equipped with diagnostic and imaging equipment to provide convenience to our patients. Diagnostic and imaging equipment include X-Ray, Ultrasound, ECG treadmill, Spirometry, Tonometry, Mammogram, Electrocardiogram, Audiometry Tests and Bone Densitometry.

We Make Things Easy For You

Our clinics are centrally located in Wheelock Place and Fusionopolis, giving you easy access to quality healthcare services whenever you need it. Appointments are easy, too. Request an appointment online or call us.

Female Doctors Who Understand You

Our female doctors offer a broad range of screening and medical services, personalised just for you. Doctor-patient relationships can last a lifetime, and we believe that it is important to have a doctor who truly understands you. We strive to do the best we can to make you feel comfortable.

We are committed to meeting your specific needs at our clinic. Our clinics are fully equipped with diagnostic and imaging equipment to provide one-stop convenience for you. 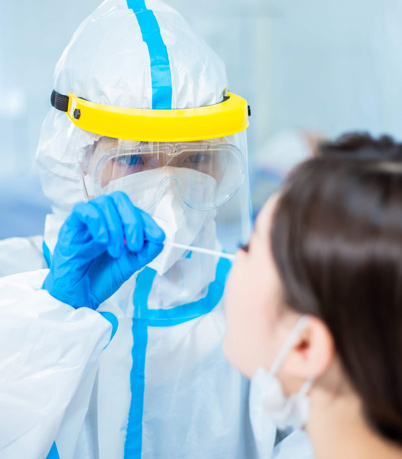 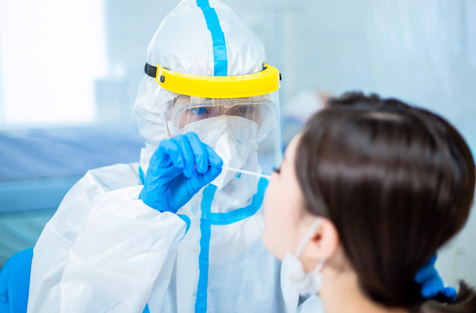 ART test is available at Fusion Medical, as approved by the Ministry of Health (MOH). Schedule your appointment with us.